In the judgment Costa and Pavan v. Italy of 28 August 2012, No. 54270/10, the European Court of Human Rights (the Court) ruled that, by forbidding the recourse of couples carrying a genetic defect to medically assisted procreation and preimplantation screening, whilst simultaneously permitting abortion in cases where the foetus was suffering from such an illness, Italy had, due to this alleged inconsistency, violated Article 8 of the Convention – which guarantees the right to the respect of private and family life.  Furthermore, it demonstrates the increasing willingness of the Court to limit the margin of appreciation the States possess in legislative matters, including in the most ethically controversial areas.  This decision constitutes an important step in the recognition of a true right to a genetically healthy child; that is to say to eugenics; that the Court calls the “right [of the applicants] to bring a child into the world who is not affected by the illness that they carry” (§ 65). Summary

In this case, two Italian nationals, Rosetta Costa and Walter Pavan, born in 1977 and 1975 respectively, had learned, at the birth of their first child in 2006, that they were carriers of cystic fibrosis; the child being a sufferer of this condition.  When Ms Costa became pregnant again in February 2010, the couple resorted to prenatal diagnosis, which revealed that the foetus was also a sufferer of cystic fibrosis.  Ms Costa then had an abortion. Not wanting to commence another pregnancy by natural means, and being of the opinion that the Italian legislation, due to Law No. 40 of 19 February 2004 (hereafter, “Law No. 40/2004”), did not allow them to resort to the techniques of medically assisted procreation (hereafter, “MAP”) and of preimplantation genetic diagnosis (hereafter, “PGD”), the couple submitted before the Court, on 20 September 2010, an action in favour of the condemnation of Italy for violating the European Convention for the Protection of Human Rights and Fundamental Freedoms (hereafter “the Convention”), with no prior approach to either the Italian health authorities or its Courts.  The combined use of MAP and PGD would permit the artificial conception and then the genetic selection of a human embryo free from cystic fibrosis. The applicants claimed that the Italian legislation ignored two provisions of the Convention in particular; Article 8 and Article 14.  On one hand, they alleged that Law No. 40/2004, which reserves the use of MAP for sterile or infertile couples and forbids all PGD, violated their right to the respect of their private and family life, protected by Article 8 of the Convention, in such a way that the only option open to them to have healthy children was to begin a pregnancy by natural means with the risk that the foetus would be affected by cystic fibrosis and, in the case where this occurred, to resort to an abortion.  On the other hand, they claimed that they were subjected to, in violation of Article 14 of the Convention, a discrimination in relation to sterile couples or couples in which the man is the sufferer of a sexually transmitted infection. Due to the importance of the issue in question, two demands of third-party intervention were presented to the Court; the first coming from the “European Centre for Law and Justice”, the association “Movimento per la vita” and fifty-two Members of the Italian Parliament; the second from the “Luca Coscioni”, “Amica Cicogna Onlus”, “Cerco un bimbo”, “L’altra cicogna” associations, and sixty Members of the Italian and the European Parliaments. In the judgment of 28 August 2012 [1], the Second Section of the Court ruled partially in favour of the applicants. The Court firstly rejected the alleged violation of Article 14 of the Convention.  It in effect reiterated that a discrimination, in the sense of Article 14, required the existence of a different treatment – except with an objective and reasonable justification – of people in comparable situations.  However, the Court noted that in the matter of access to PGD couples of whom the man is infected with a sexually transmitted infection were not treated in a different manner to the applicants; the prohibition of access to the diagnosis in question affected all categories of person. In contrast, the Court upheld the claim that there had been a violation of Article 8 of the Convention and, for this reason, condemned Italy to pay the applicants a sum of €15,000 in reparations due to the moral prejudice suffered.  After having decided that the prohibition which prevented the applicants from resorting to MAP and PGD constituted an interference  in the respect of their right to a private and family life, the Court judged that this prohibition, whether pursuing legitimate objectives or not, was disproportionate, “taking account of the inconsistency of the Italian system in relation to PGD”. Italy demanded, by virtue of Article 43 of the Convention, the referral of the case to the Grand Chamber, being of the opinion that it raises very important questions relating to the interpretation and application of the Convention.  However, this demand was rejected following the judgment, by an unjustified decision given by a college of five judges.  It is regrettable that the Grand Chamber will not have the possibility to re-examine this affair because the issues it raises remain [2] and are not insignificant, as will be seen.  In effect, the position adopted by the Chamber in relation to the admissibility of the request (I) and its validity (II) is open to criticism and raises questions; even reasons for concern [3].

2. The contestable admissibility of the request.

3. The doubts concerning the validity of the request.

Before any attempt to protect the individual against the State; the movement which envisaged human rights and resulted in the creation of national and international instruments, such as the Convention; there was firstly an effort to define man as a being endowed with specific capacities.  These capacities (to think, speak, pray, possess, etc.) determine man, distinguishing him from animals, and show (or according to some even constitute) the respect of dignity.  The protection of man and his dignity are concretely realised by the protection of his specific capacities, which constitute his inalienable natural rights [63].  Human rights are an attempt to objectively define what in the human race deserves to be protected, and therefore what defines it. Thus, to determine human rights, it is man himself who is defined in an implicit fashion.  Since human rights express a definition of man, changes to the substance of these rights retrospectively modify the anthropology underlying this definition. Human rights initially envisaged the “inherent” capacities or qualities of man; that is to say those which the individual enjoys from birth.  However, technical instruments (such as the media and vehicles) facilitate and extend the exercise of these inherent capacities, and biotechnologies add new capacities to man which are not inherent to him, but which nevertheless contribute to redefining him.  The progress of biotechnologies, by changing man, has thus advanced his rights.  In return, the law, as a method of representation and social organisation, is able to integrate scientific advances into the contemporary anthropological conception [64].  Man defines human rights, which in return redefine an “increased man” through the evolution of morals and technologies, and so on.  This circular and elevatory reasoning can be developed in view of a consistency which by its nature maintains the notions of dignity and human liberty at the foundation of human rights. It is not only biotechnologies which influence the content of human rights, however the two converge on a common dynamic oriented towards the improvement of the human condition [65].  As human rights only envisaged natural and inherent capacities, they had an exclusively protective function and manifested themselves through the negative obligation of the State to avoid restricting the exercise of these capacities.  But, from the moment that human rights integrates these new, non-inherent capacities, they acquire a function which is no longer to protect, but to improve the human condition, which integrates positive obligations – also a new development – into this logic; requiring the State to facilitate the effective exercise of these capacities and/or rights. This perspective of improvement, which would even alter the conception of the human condition, is at the heart of the debate on post-humanism [66] and trans-humanism.  If these post and trans humanisms succeed from the humanism that originally underlay human rights, it is natural that this succession would also be observed in the caselaw of the Court, which would evolve the Convention over time.  Moreover, the idea of a “new man”; of the regeneration of the human race [67]; is not estranged from the philosophical traditions of the Enlightenment.  Furthermore, genetic selection would not be alien to human nature in that it is the mechanism at work behind the theory of evolution.  The value which, in classical thought, consists of man following and accomplishing his nature, is now confused with evolutionism; with the law of natural selection/evolution.  In these conditions, it is evident that the classical and post-Darwinian anthropologies cannot agree on a common conception of human rights. The convergence unifying medicine and the Welfare State must be added to that between human rights and biotechnology.  Human rights developed during the 20 century with the Welfare State; one of the purposes of which was to make medicine and health a public service.  Human rights, the Welfare State and medicine all serve a common purpose and are linked.  Yet, in the same way human rights are no longer simply to protect, but also to improve; medicine no longer functions simply to prevent and to treat, but also to improve the human condition.  To this end, over the past few decades, the therapeutic purpose of medical acts has been abandoned [68], which prevented it from acts without such a purpose (such as experimentation with no personal therapeutic purpose, MAP for single women, aesthetic surgery, contraceptive sterilisation or abortion) [69].  These acts, much like PGD, do not treat but are permitted as they are the object of the desires of individuals and improve the condition of the said people [70].  Human rights, like non-therapeutic medicine, offer promises that the Welfare State; social and liberal; would be required to recognise and offer to all, provided it had the means to do so. Finally, going beyond the serious criticisms to be outlined regarding this judgment, this constitutes an important step in the story of the convergence between human rights and biotechnology.  The confirmation of the new right that it contains is the result of a powerful and historical movement driven by the ambition to make men the “masters and possessors of nature” [71].  In this sense, the right to a healthy child; the right to eugenics; is a progressive right: it envisages the improvement of the human condition by a greater technological mastery of individual and collective existence. To conclude with Hannah Arendt: “The human artifice of the world separates human existence from all mere animal environment, but life itself is outside this artificial world, and through life man remains related to all other living organisms. For some time now, a great many scientific endeavors have been directed toward making life also ‘artificial’, toward cutting the last tie through which even man belongs among the children of nature” (…) “This future man, whom the scientists tell us they will produce in no more than a hundred years, seems to be possessed by a rebellion against human existence as it has been given, a free gift from nowhere (secularly speaking), which he wishes to exchange, as it were, for something he has made himself” [72]. 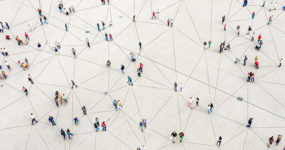 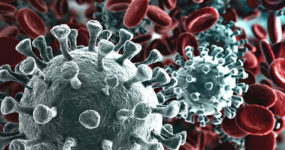 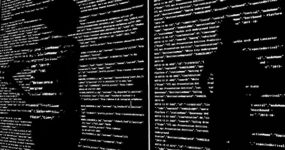 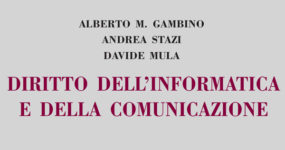