di Giuseppe Pennisi Abstract: This paper reviews the main issues confronting appraisal of Long Term Investments (LTIs) on the basis of recent literature and experience (such as airport planning in Northern Europe, substitution of analogical television with Digital video Broadcasting – Terrestrial (DvB-T) in Italy, regional planning in several European countries) and proposes the following conclusions for consideration by the Long Term Investment Club (LTIC) as wel as by the European Commission (EC):

A research agenda may be useful in leading to more consistency in LTIC practices. This agenda would include: a) a review of existing manuals and guidelines, and more fundamentally, of actual practices used; b) a discussions of the points raised In this paper, c) the possible development of general guidelines. Summary:

A recent World Bank Policy Research Working Paper (Yifu Lin, Doemeland, 2012) does emphasizes that Long Term Investments (LTIs) are the necessary tool for an exit strategy from the crisis that has plagued the world economy since 1997. LTIs have distinct and special features as compared with short and medium terms investments (Clements, 2011). These features occur especially in the infrastructure sector: the planning and construction of a major transport network, involving both highways and railways (and even including airways and waterways), is vastly different from a road maintenance program. (Briceno Garmedia, Sarkodie 2012). This is even more apparent when LTIs deal with research and innovation, human capital, energy, environment, and the like (Edler, Berger M., Dinges M., Gok A. 2011).. Their main characteristics are as follows.

These issues are well known to the literature (Adler, Posner 2006; Ferrara, 2010; Pennisi, Scandizzo 2003; Glachant, Lorenzi, Quinet, Trainar, 2010) and have often been resolved with elegant economic and mathematical modeling. There is no consensus, however, on a generally accepted methodology and on a set of techniques to apply operationally. Briefly, there has been no roll-out from Academia or adoption by practitioners among LTIs, such as development banks and funds, private equity funds, and the like. The purpose of this paper is to take some steps along the path leading to the use of some methodological and operational advances in appraising LTIs. If there is a general consensus, the next step could be to develop technical guidelines to be used consistently with a view of developing a joint approach and terminology and, as a consequence, facilitating dialogue and discussion among interested scholars and practitioners as well as their decisions on specific LTIs.

2. The long implementation and gestation period.

As outlined above, a feature of LTIs is that costs fall on generation n but benefits often are captured by generations n+1, n+2, n+x. Intergenerational issues are well-known to students of tax theory and policy as well as of generational growth accounting and are often blended with moral philosophy theory and policy. In this paper, for the sake of simplicity, it assumed that the most relevant literature in these fields is generally known to the readers. This will allow me, therefore, to deal only with the operational applications to LTIs. Analytically, the subject should be kept distinct from that of the discount rate relevant to long term implementation and gestation investments. Actuarially, even a very low economic discount rate (say 1. 5%) costs and benefits for the next generations – after 50 years- hardly matter. Methodologically and operationally, the subject attracted considerable interest from economists and practitioners in the late 1980s-ealy 1990s in parallel with the development of LTIs in promotion and protection of the environment. It was delved into especially by economists with interest in non-renewable resources (; Bateman 1989; Kula 1988 and 1989; Livingston, Tribe 1995; Pennisi 1998; Thompson, 1991). The British quarterly, Project Appraisal, now renamed Impact Assessment and Project Appraisal, had a major role in encouraging a policy and technical debate on the issue. More recently, the topic has been examined by American economists (Boardman, Greenberg, 1998; Dinwiddy, Teal 2006; Zerbe, Diley, 1994; Porney, Weyant, 1999); Scarborough H. 2011; Schwindt, Vining, Globerman, 2000; ). It has also attracted the interest of USA public long-term investment authorities in setting guidelines and even outright rules (US Office of Management and Budget 1992; for recent developments, see Ferrara 2010). Also, regulatory agency lawyers have worked on the issue in attempting to link economic analysis of LTIs with re-regulation (Adler, Posner, 2006). The subject is thus, now central to the evaluation of LTIs. Recently, for instance, intergenerational discounting has been successfully applied for a non renewable resource (land for real estate) in Honk –Kong (Wong. Wing-Chau, Edward Yu, Yu, 2008) and is being proposed in the USA for LTI with strong environmental impacts (Marks 2012). Similarly to the issue concerning the discount rate, there are two schools of thought in the treatment of intergenerational issues. The difference centers more on the underlying assumptions than on methodological and operational practice. As shown by Pennisi (1989) and Zamagni (2007), the Modified Discount Method (MDM), originally developed by an agricultural economist, Erhun Kula, has its roots in moral philosophy, in particular in John Rawls’theory of justice (Rawls, 1971) – most notably on the rawlsian “second principle of justice”. The Multigenerational Value (MV) is based on the development of altruist utilitarianism in the late 1980s- early 1990s (Stark, 1995). Whilst the MDM conceptual roots have been explicit since the writing of the fundamental texts of the school of thought, the foundations of MV became apparent only after the detailed analysis of a fully formalized proposal (Yaffey, 1997). The choice between the schools thus, partly rests on philosophical assumptions and/or preferences. In short, theoretically the MDM shares the mathematical difficulties of Rawls “second principle of justice” (Pennisi, 1989), but methodologically, it stands well with the UNIDO aggregate consumption numeraire indicated as the way to derive a coherent and consistent economic discount rate for LTIs. Also, its computation is comparatively easy as the “positive parameter” of the pertinent equation is “life expectancy at birth”, a statistic that is readily available from any Central Statistical Office. The MV is closely linked to the OECD-World Bank numeraire and entails a “normative parameter” loaded with implicit policy judgments: “the discount rate that present society imputes to per-capita benefits of future generations”. Logically, if chosen, it should be applied also to pension and health policies and related investments. In short, both the MDM and the MV have advantages and disadvantages. In line with the earlier proposal about the use of the numeraire and the discount rate, I would propose to use the MDM also for two practical reasons: a) the MV is discriminatory (because it is based on value judgments) and decision-makers can be, rightly or wrongly, accused of being influenced by personal preference in their judgments (if these judgments are made explicit); b) in my teaching experience, I came to the conclusion that the MDM is easier to teach and to learn than the MV, especially when the students are public servants and may not have a strong mathematical background because they have been trained mostly in institutional and juridical subjects.

The Government may wish to decide to experiment with real options analysis by selecting a limited number of particularly complex operations and to review the experience, including the costs and the benefits of the analysis, in pertinent national and international seminars).

The last distinctive feature of LITs is that they are “lumpy”, i. e. very large and very costly, in addition to having a long implementation gestation phase and an even longer, often inter-generational, time span to capture their costs and their returns and benefits. This has several implications.

The main conclusions from this paper are as follows: 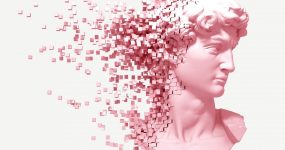 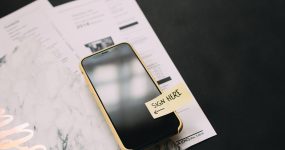 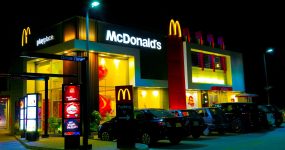 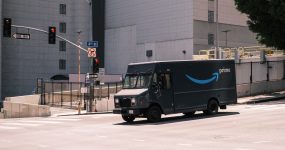 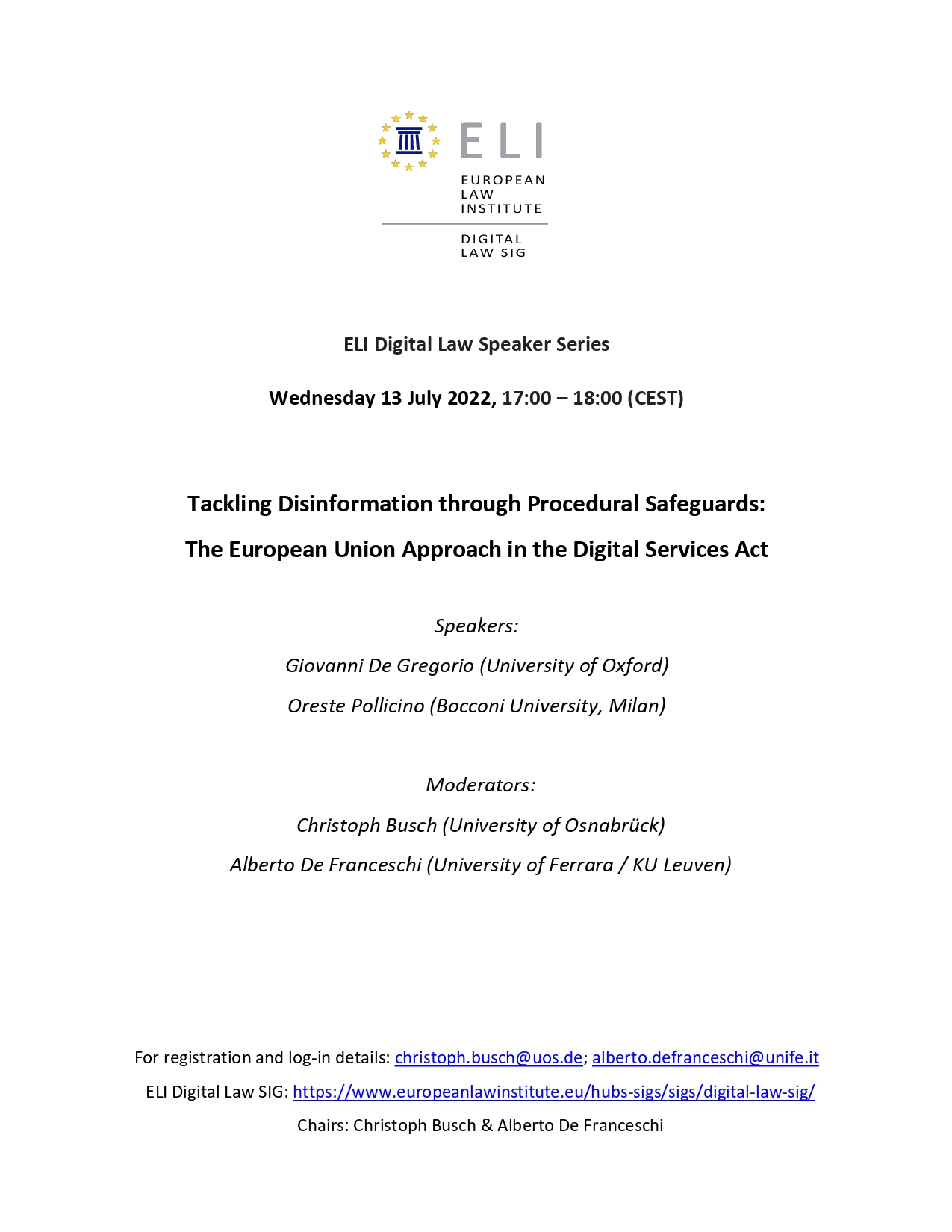 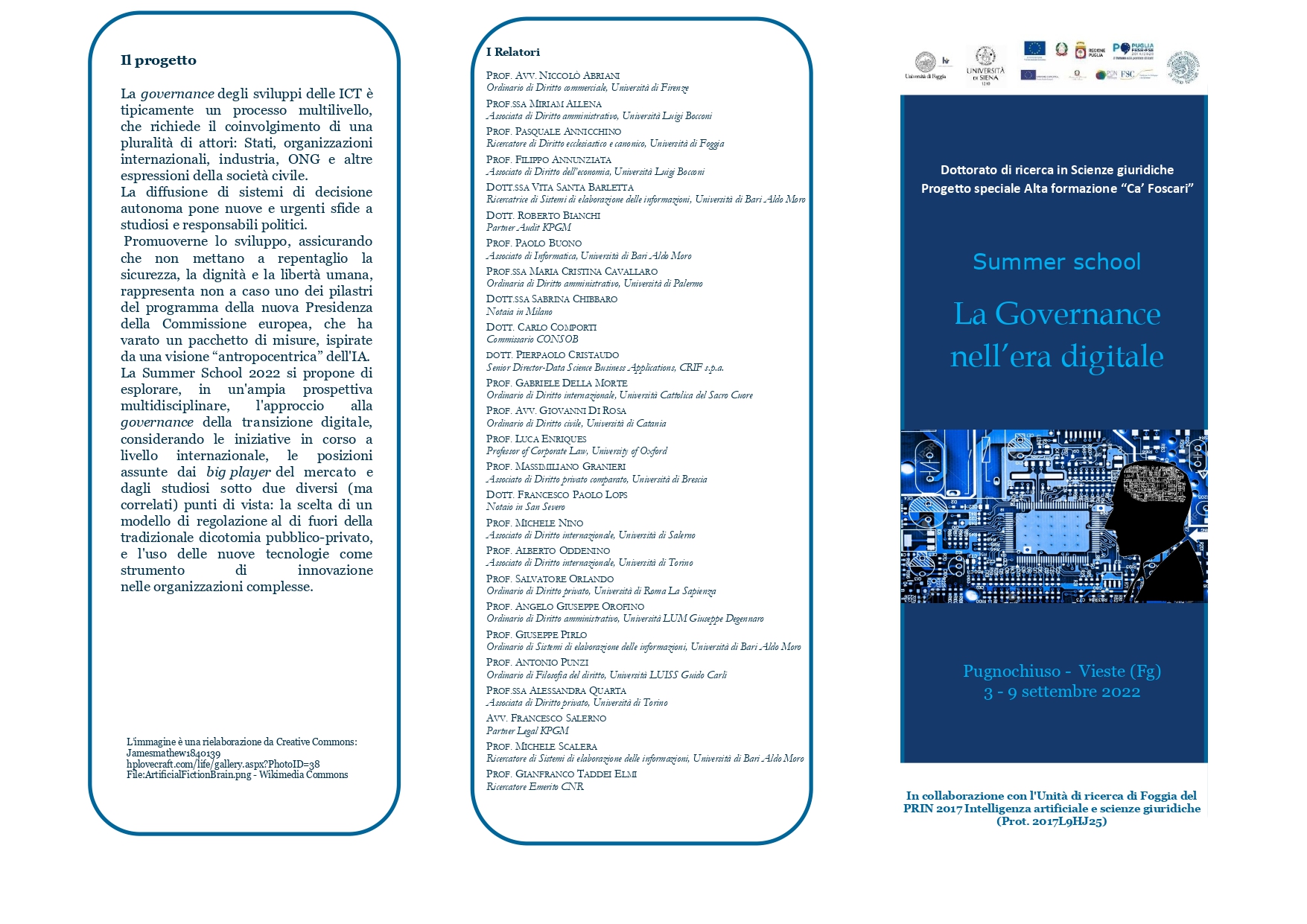 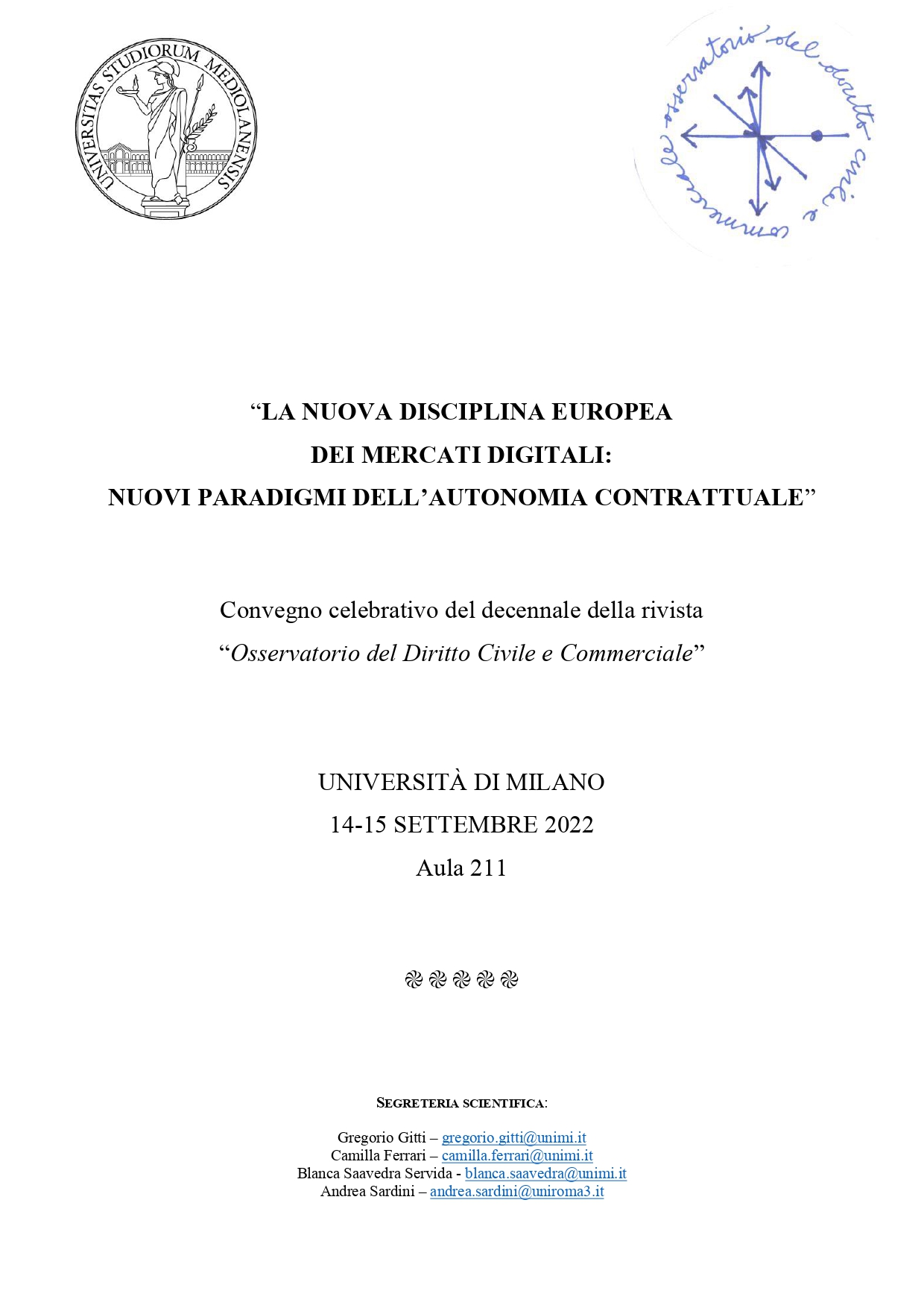 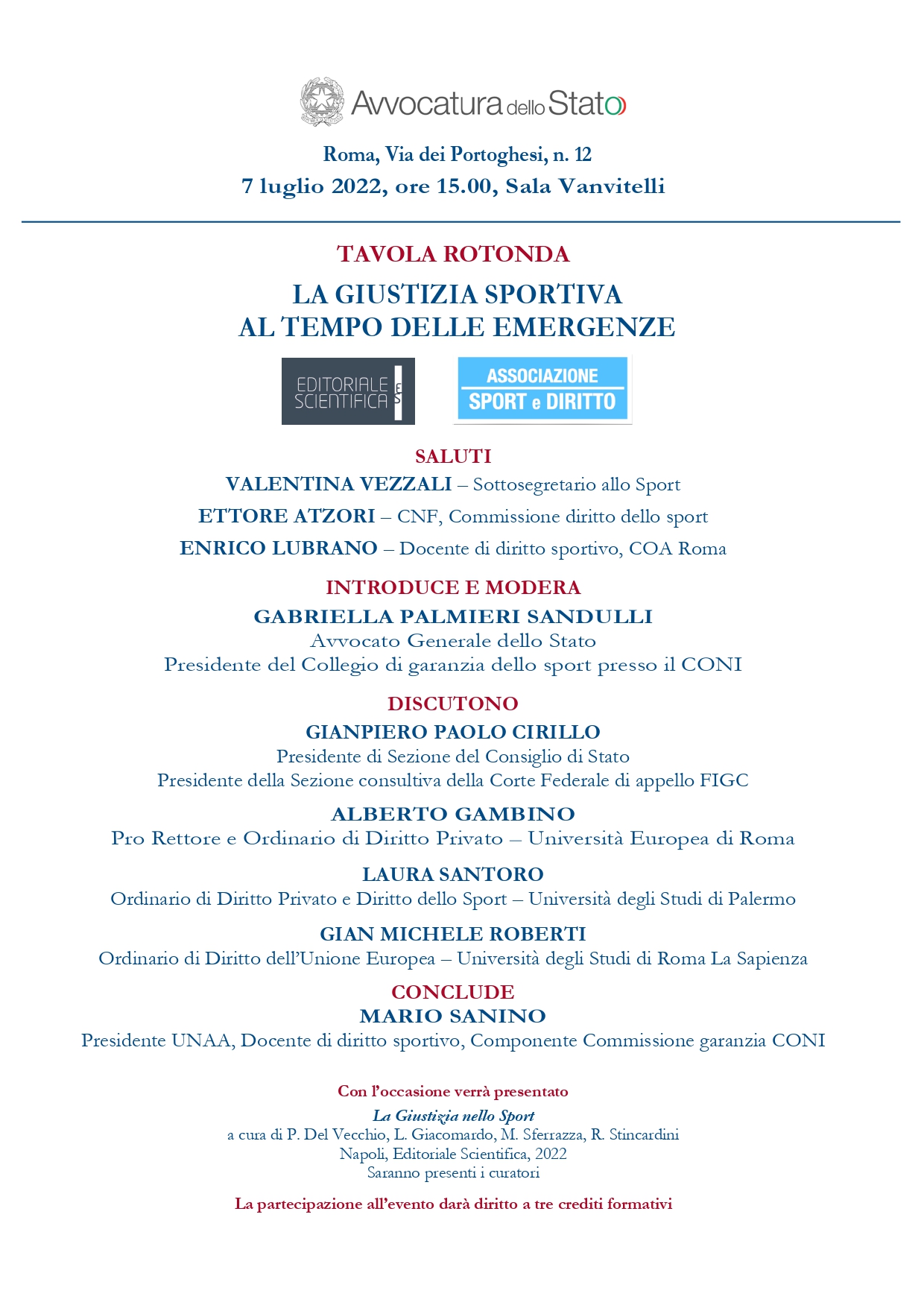