Di Maria Elena Iafolla The Romanian Competition Law (Law No. 21/1996) was recently amended and supplemented by Law No. 347/2015, approving Government Emergency Ordinance No. 31/2015. The new changes, applicable as of January 1, 2016, may be briefly described as follows: In the new Art. 26 para. 4 of the Competition Law, decisions granting access to confidential information are no longer qualified as individual administrative acts: that means that an appeal against decisions should follow the procedure under Law No. 554/2004 on administrative procedure. In fact, decisions of the Competition Council may currently be challenged in an administrative court if they concern infringement of the Competition Law and application of sanctions, measures to restore the competitive environment, claims settlement and applications and notifications regarding economic concentrations. According to the new wording in Art. 34 para. 21, the Competition Council may use information and documents collected by other public authorities and institutions while conducting their activities. “Competition whistle-blowers” are individuals who provide on their own initiative information about possible violations of this law to the Competition Council, they are protected in their own identity and the provision of information, according to the new Article 34 of the Competition Law, can not be considered a breach of the confidentiality obligation under the Labour Code Law No. 53/2003. A new wording of Art. 36 para. 8 removed the provision that “preparatory documents exclusively drafted by the undertaking or association of undertakings under investigation for exercising its right to defence may not be removed or used as evidence”. This means that these kind of documents could likely be used as evidence during proceedings in front of Competition Council. The fee to approve economic concentrations shall be identified and calculated according to specific criteria: € 10,000 – € 25,000 if the Competition Council issues an authorisation decision on Art. 45 para. 2 of the Law, when there are serious doubts about its compatibility with a normal competitive environment or serious doubts about the compatibility with a normal competitive environment were removed, according to the obligation proposed by the parties and accepted by the Competition Council; € 25,001 – € 50,000 if the Competition Council issues an authorisation decision on Art. 45 para. 4 letters b) and c) of the Competition Law, when the economic concentration does not represent a significant impediment to effective competition on the Romanian market or a substantial part of it or if the Competition Council issues a conditional authorisation decision settling obligations and/or conditions which have to be respected to achieve a concentration compatible with a normal competitive environment. Law No. 347/2015 introduces important changes to the recognition procedure, as well: – the undertaking inquired may appeal to the recognition procedure with a specific request, but only before the hearings; – the recognition may produce a fine decrease (a discount of 10% to 30% of the initial amount of the fine) also below the minimum amount required by law, but the fine may not be less than 0.2% of the turnover recorded for the financial year before the sanction; – if the Competition Council does not accept the terms of the request proposed by the undertaking, the fine will not be reduced, but the recognition will not be used as conclusive evidence; – if the undertaking acts for annulment of the decision taken by the Competition Council about  matters covered by the recognition, the benefit about the fine decrease shall be lost. 29 Febbraio 2016 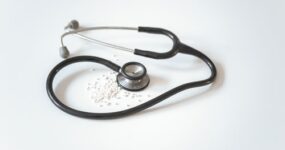 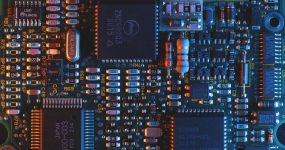 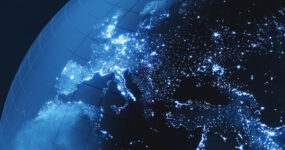